When you have over 100 gallons of sap, a day to prepare, a day to recuperate, and the temperature hitting 60 degrees, it's time to boil. Coco and I were up at sunlight, got the fire started, and were boiling sap by 7:00 AM. 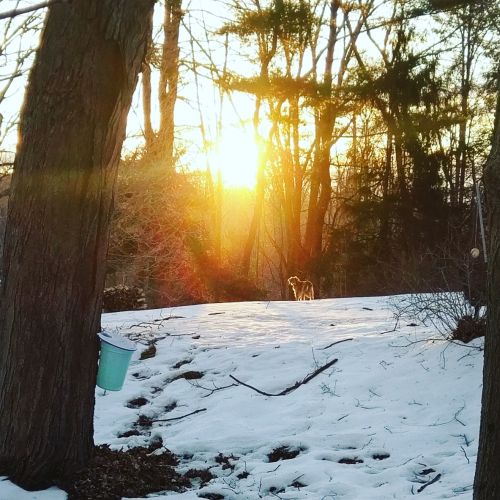 Mindy and Eric stopped by early with bagels to fortify the day, and put in some time at the pans. Ray hobbled over on his crutches and supervised the beverages. 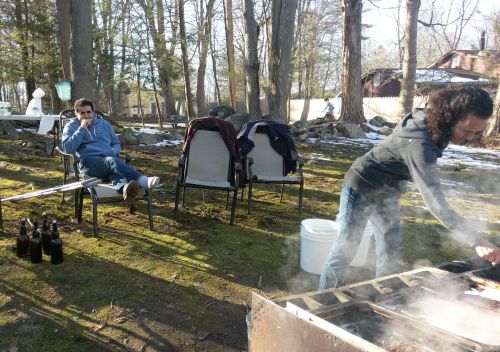 By noon, most of the snow on the ground had melted, and I was feeding the fire in a t-shirt. The sap continued to flow out of the trees and the buckets were overflowing. Sap is never usually the restriction when making syrup - it's how much time you have to boil.

We kept up the tradition of using maple sugarin' as a great excuse to get together with cousins. Mom and dad got here early to help out, and were soon followed by cousins Kathy, Jack, Karen, and Danielle. They also brought Mark who seemed to know a thing or two about making syrup, and was a great help working all the stations. 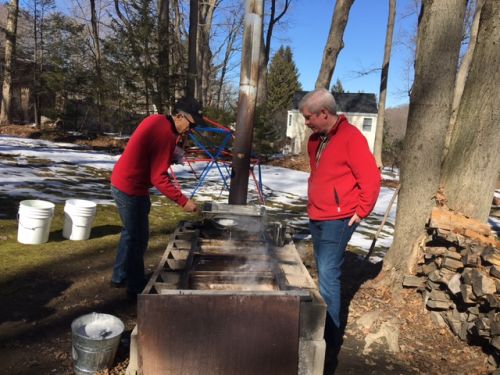 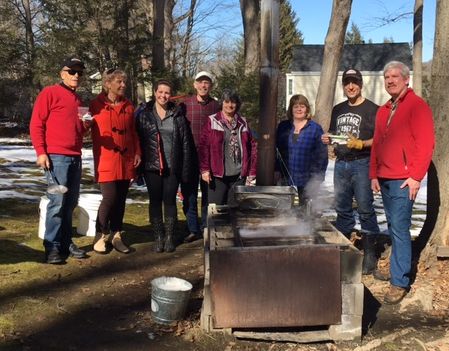 As the shadows got longer, and the visitors dwindled, only dad and I remained, finishing the outside process by sundown. Keeping track of how much sap we boiled, I estimated a yield of about 2 gallons, and after finishing inside on the stove and bottling, we were just shy of that mark. A great first boil. 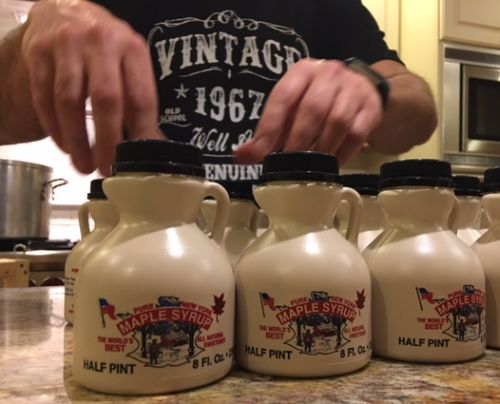 It's hard to say what the rest of the season will be like with the weather keeping above freezing, but I certainly hope we'll get more opportunities to do some sugarin'!