It's been a mild winter, and when you wake up one day and find all your buckets full and temperatures reaching 60 degrees, it's time to boil. I like to get three boils in a season which yields a good amount of syrup to use and share, and it gets the whole process out of my system.

Taking the day off to boil sap generally means that no one will be around to help, but the season and my calendar forced my hand this year. I was also counting on the higher ambient temperature to make the process more efficient. The fire burned hot and I got all four pans boiling rather quickly. 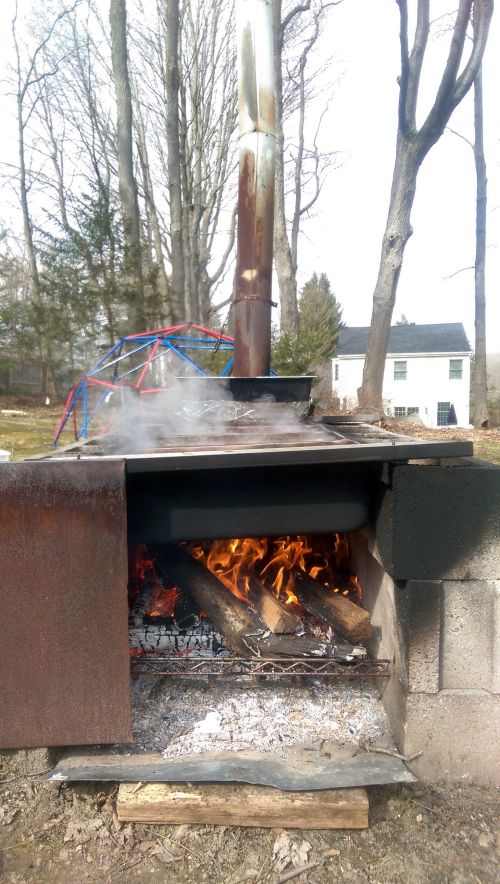 A few neighbors stopped by for encouragement, but only Coco had a flexible enough schedule to accompany me the entire day. 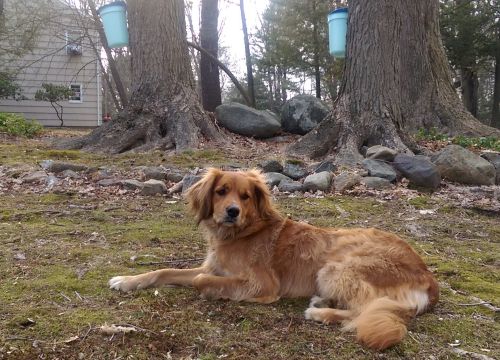 Being the end of the season, darker syrup is expected, which can be seen in the side pans. 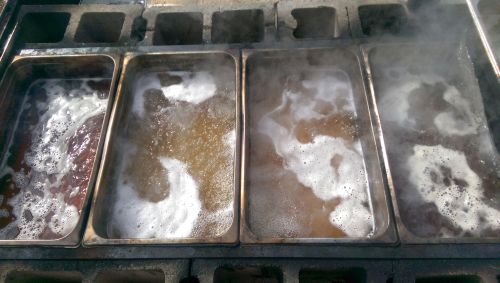 Making syrup alone keeps you fairly focused. You have to feed the fire for a nice rolling boil as you continue to add sap to keep your levels up and prevent the boil from getting too aggressive. Then you need to let the fire calm just a bit so you can step away to get another 5 gallons from storage. Load in some more wood and keep the process going for around 8 hours. 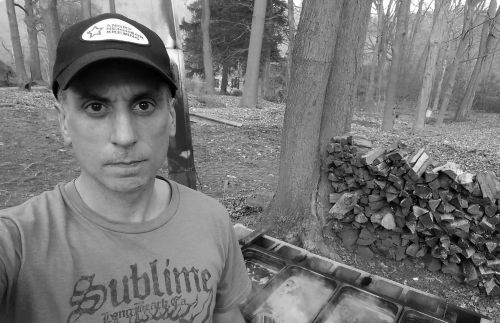 I went through all of the sap in storage and even took whatever was left on the trees, for a total of nearly 70 gallons. I ended up with 1.5 gallons of dark amber which was sticky and sweet, with a strong maple flavor. Another successful boil and season!